« The key word in relocation: anticipation »

Q1. When relocating to Belgium, what should you do with your French life insurance?

When a person moves home from France to Belgium, a legal and tax audit should be conducted. In particular, has the will been adapted to comply with the Belgian tax and legal system? Has the marriage contract, with a gift to the surviving spouse, also been adapted? In connection with this audit, particular attention should be paid to life insurance. The key question is: should you maintain your French policy after you have become resident in Belgium, or should you liquidate it before your departure and leave with the cash?

To answer this important question, several items must be addressed.
The first item: is it possible, when resident in Belgium, to maintain a French policy?
We should also consider: is the life insurance policy subject to the Exit Tax?
Is it subject to Property Tax (i.e. real estate wealth tax)?
How are surrenders of life insurance treated for tax purposes? This depends on whether they are surrendered in France as a French resident, or as a Belgian resident.
And how is the unwinding of a life insurance policy treated from both a tax and an estate planning perspective?

Q2. In the context of the portability of the life insurance contract, what about exit tax and wealth tax on real estate?

Q3. What is the inheritance treatment (civil and tax aspects) of the life insurance contract?

The way in which life insurance is approached from an inheritance perspective differs
significantly between France and Belgium. In fact, this means that a policy which is optimally structured from a legal and a tax perspective in France may prove to be unsuitable for the legal and tax system in Belgium. When moving home from France to Belgium, it is often necessary to make changes to one’s life insurance.

Q4. When is it more profitable to surrender your life insurance policy?

As a reminder, the tax treatment of a surrender made by someone who is tax resident in France depends on several factors and, in particular, on the date of subscription of the policy, on the date of payment of the premium, on the value of the policy, and on the choice of the policyholder. As appropriate, the policyholder will be subject:
- either to a single flat-rate withholding of 12.8%;
- or to a flat-rate withholding which varies from 35% to 7.5% depending on the age of the policy;
- or to a progressive scale of personal income tax which may reach 45%;
- or to a total exemption from tax.
To put it simply, we are doubling up.

In addition to this tax component, there are the social security contributions - currently 17.2% - which someone who is tax resident in France will have to pay when making a surrender.

Now the challenge is to understand how the surrender of a French insurance policy by someone resident in Belgium will be treated for tax purposes. Thus, we have a foreign component to consider. With a foreign component, you have to look at the relevant tax treaty. On 10 March 1964 Belgium entered into a tax treaty with France for the prevention of double taxation on income. This treaty divides between France and Belgium the power to impose tax. According to the French tax authorities, the surrender of a policy is considered - for the purposes of the treaty - to be income from insurance claims. On this basis, Belgium has the right fully to tax a surrender, whereas France retains the right to apply what is known as a withholding tax, capped at 15%. In order to avoid this type of double taxation, what Belgium does is only to tax the net cross-border amount (the amount of the surrender) minus the tax levied in France, i.e. the French withholding tax. In addition, it applies what is known as the foreign flat-rate withholding tax (or QFIE in French). The problem is, however, that despite legal precedent which is favourable to the taxpayer, the Belgian tax administration is still reluctant to approve (or is not much in favour of) a flat-rate withholding tax.

On first analysis, one could say that if the surrender is made by a tax resident in Belgium there will be double taxation (meaning, I believe, that Belgium has the power to tax and France may also apply a withholding tax). In my view, this preliminary conclusion should be moderated. Why? First, because persons resident in Belgium do not have to pay social security contributions: a saving of 17.2%. Second, because residents in Belgium are sometimes not taxed in Belgium. As we have seen for Branch 23, with no guaranteed return, there is no tax on surrenders. And third, if a tax is imposed in France, the effect of the treaty allows it to be capped in certain cases at 15%. Remember that the flat rate withholding tax could reach 35% but, thanks to the treaty, it is capped at 15%. So, answering this question without explanatory numbers is complicated. Every case is unique.

Q5. When is it more convenient to take out a new life insurance policy?

Q6. How to use a life insurance as an estate planning tool in a Franco-Belgian context?

The difficulty in terms of estate planning in a Franco-Belgian context is as follows. France and Belgium have signed a double taxation treaty for inheritance matters but no such treaty for gifts. This means that when a Belgian resident makes a gift of Belgian assets to his children who have remained in France, this gift will be taxed twice. Taxed in Belgium and taxed in France. Why? Because France taxes gifts: (i) if the donor is a French resident, (ii) if the recipient is a French resident and has been a French resident for at least 6 out of 10 years, or (iii) if the gifted property is French. Gifts are complicated, and this results in double taxation in a Franco-Belgian context.

Another difficulty is that the French tax authorities have created what is known as a sui generis tax of between 20% and 31.25% on insurance lump sums received under certain conditions if the insured and/or the beneficiary were French residents at the time of death, and if the premiums were paid before the insured person's 70th birthday. In such cases the insurance pay-out is subject to this sui generis tax.

Despite this difficulty, life insurance offers great opportunities in terms of wealth planning. There are many opportunities but we will focus on only two of them.

Another possibility is ‘post-mortem assignment’. This may sound complicated, but in fact it's very simple. In our case, we use what is known as an A, B, C policy in which the policyholder, the beneficiary and the insured are all different persons. The policyholder says to himself "if I die before the policy matures, someone else has to exercise the rights under the policy". So I'm going to nominate someone to whom, on my death, I will transfer all rights under the police. An assignment after the death of the policyholder is called a post-mortem assignment and this is possible under Belgian insurance law. There has been a small revolution where tax is concerned, the Advance Rulings Section of the Belgian tax department has accepted the fact that such post-mortem assignments are tax-exempt. Such transfers are zero-rated under Belgian tax law. At the French level now, let us imagine that the beneficiary of the post-mortem assignment, i.e. the assignee, is tax resident in France. The French tax authorities will have to assess the post-mortem assignment, which is unknown in the French legal system. So, it will probably assess it as a gift subject to the condition precedent of the death of the donor, i.e. the transferor. In so doing, it will seek to impose inheritance tax. In France, it is said that there is no transfer tax on death, and therefore inheritance tax. However, Belgium and France have entered into a tax treaty for the prevention of double taxation in respect of inheritance which, in the case of a Belgian resident’s inheritance, confers the power to tax on Belgium. Thus, France does not have the right to tax post-mortem assignments, since they are classed as gifts provided they are similar to a legacy, i.e. to an inheritance under French law. How to optimise one's estate and inheritance thanks to a unit-linked life insurance policy when transferring residence to another country? 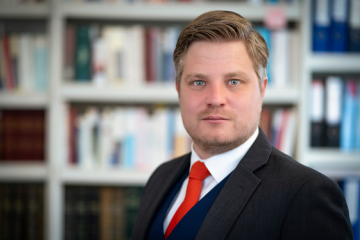 Handling of a life insurance contract between France and Belgium? 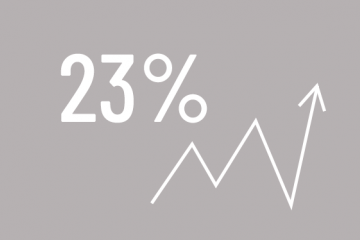 What are the expatriation movements worldwide? 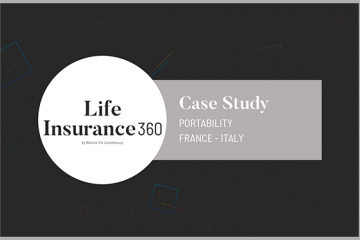 How to use a life insurance contract when moving abroad? Portability of the life insurance contract: what characteristics needs to be adapted when relocating?

When expatriating, it is sometimes necessary to adapt some aspects of the life insurance contract.

Moving from France to Belgium: what to do with your Luxembourg life insurance policy?

Before moving, it is necessary to carry out a legal and tax audit to find out whether any adjustments will have to be made to the life insurance contract. The question of exit tax and inheritance treatment (civil and fiscal aspects) must be considered. One must also ask whether it is more advantageous to surrender one's contract or whether portability can be applied as in the case of a Luxembourg life insurance contract.